Shelburne's stunning waterfront scenery and fresh salt air greet you as soon as you step off the ship. The charm of this historic seaside town is almost palpable.

This picturesque area on Nova Scotia’s southwestern shore has been the filming site for The Scarlet Letter, Wilby Wonderful, Virginia’s Run, and the two-part TV mini-series, Moby Dick.

French Acadians settled in the region to fish in the late 17th century and named the town Port Razoir because of how the harbour resembled an open razor. New England privateer raids between 1705 and 1708 saw the fishing village abandoned by the Acadians, and the Loyalists moved in.

Nearby exploration opportunities keep you close to port, but you’ll feel as if you’ve slipped into another time. Enjoy the waterfront scenery, visit the historic Dock Street attractions, and browse in the many quaint shops in town. Take a minute to chat with a local—many are from families that have been in Shelburne County for centuries. Shelburne’s natural beauty, rich heritage, and friendly residents will keep you lingering until you’re forced to return to the ship for your next adventure.

The partners in the Atlantic Canada Cruise Association are ready to welcome your ships to our harbours. For more information and to secure a berth please contact Wayne Langthorne, Town of Shelburne. 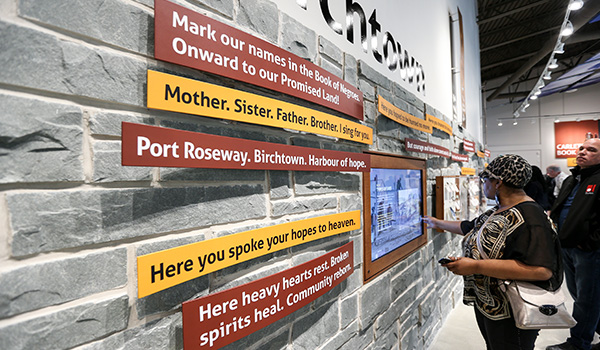 Visit the Black Loyalist Heritage Centre that tells the story of the world’s largest free African population outside of Africa, in the late 18th century 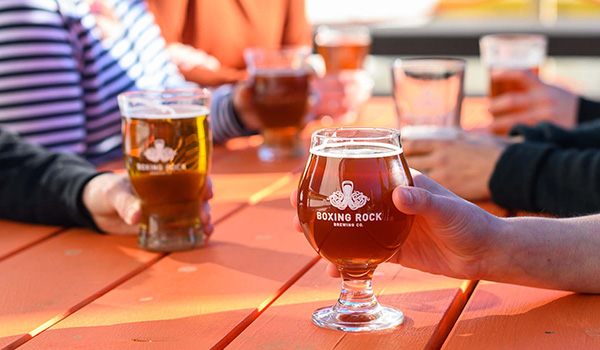 Take Samples at Our Craft Brewery

Shelburne has its own craft brewery; Boxing Rock and it is one of the seventeen breweries in Nova Scotia. Visitors can take a tour and sample our legendary beer. 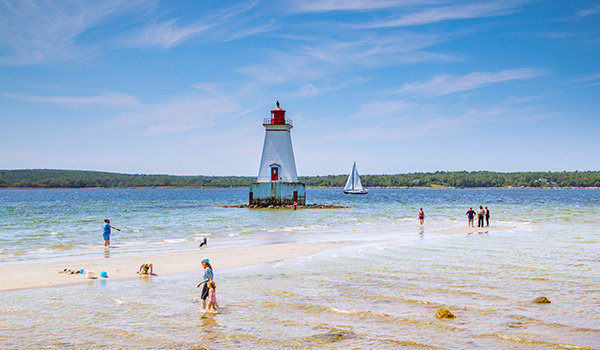 One of Shelburne’s most popular destinations known for its historical, architectural and environmental significance. Located on a sand bar at the entrance of Shelburne Harbour, the lighthouse offers a picturesque backdrop at any time of day. 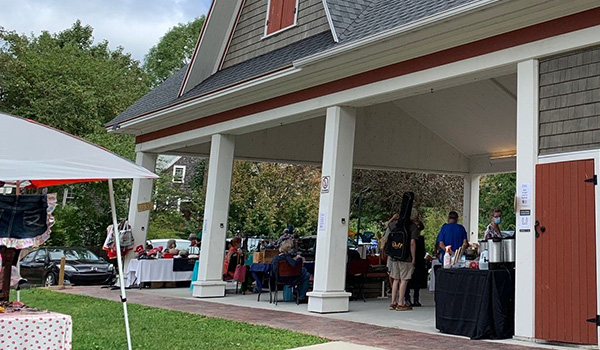 Stop by the weekly Guild Hall Market on Sunday afternoon with many unique local entrepreneurs sell their wares or on Thursday evenings for their Summer Series when local musical talent is shared for all to hear.

Spend hours on Dock Street, exploring the Barrel Factory, Shelburne's Museum By the Sea where you can tour various exhibits and workshops as well as the George Street Shipyard Mill where many famous schooners, square riggers and rum runners, were built

The sights and sounds of the wind and surf greet you as you drive down the gravel road to Roseway Beach, located on beautiful Round Bay. Another local favourite for swimming and picnicking during the summer. Enjoy the beach year round for walking, birding, star gazing and photography - especially when the full moon shines on the bay.

A beautiful 18-hole course with incredible views. Play along the majestic Clyde River on the front nine and then head into an elevated, wooded experience framed by rock walls before returning riverside to three challenging finish holes.

Back to Niche Ports